International Women’s Day is a worldwide event that celebrates women’s achievements – from the political to the social – while calling for gender equality. It has been observed since the early 1900s and is now recognised each year on March 8th.  At WGSG we marked the day with a special assembly delivered by WG6 student leaders and a project in conjunction with Superdrug and Modern Muse (which will feature in next week’s blog).  Additionally, our Year 10 students are on a Work Shadowing Day today which we hope will give them inspiration for their future and prompt further research into potential career options.

Pictured; Temi A, Tami R, Megan S, Rebecca S and Abbie S, who wrote and delivered a presentation on the values and benefits of a community where all are represented and have a voice. 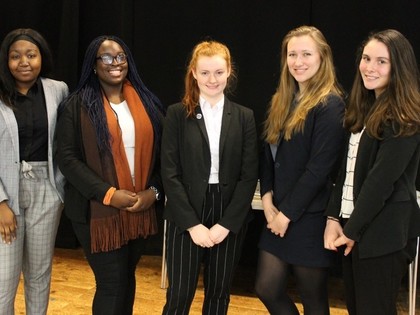 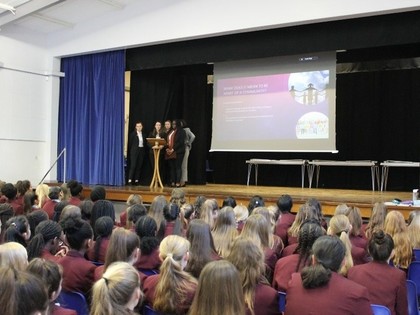 Two of our Y8 students have written Ski Trip reports especially for the blog;

Elizabeth L of 8H.  During the half term I travelled to Monti Della Luna in Italy with the school Ski Trip.  I had so much fun creating unforgettable memories, making new friends and earning a new nickname ‘The Killer’ (I’ll explain that later!)

On Friday evening, we were all assembled by the coached, suitcases at the ready.  That’s when it hit me; I was going to Italy!  I was so happy I thought I would burst.  I sat next to one of my best friends, Rosa, who was just as excited as me.

The whole coach cheered when we first arrived in Italy and felt the first crunch of snow beneath our feet.

The next morning, we were all very eager to start skiing.  We looked ridiculous in all our huge waterproofs, hats and giant boots, but no one cared!  We rode up the mountain in a gondola lift, and the views were breath-taking – like a picture straight form a Christmas card.  The view of the mountains hypnotised me with its dangerous beauty, I couldn’t believe how lucky I was to be there.

We had three instructors who were kind and patient – but when it came to me, they knew that it would be a challenge!  I am not going to lie, I wasn’t very good at skiing but I tried my best.  It wasn’t long after this that I became ‘The Killer’, named because I literally flew down the mountains – often taking innocent skiers with me.  My group said I was ‘flying through the air’, and at that point we bonded immediately and I made new friendships.  I realised I loved skiing.  Every.  Single.  Bit.

Although skiing was hard at first, as the week progressed, we learnt a lot and even taught others.  The experience gave us courage, strength and a fantastic new skill.  I loved the beauty of the mountains, the warm sun, the exhilarating speed and even the harsh wind against my face when travelling at 11mph!  It was a fantastic experience that I would recommend to anyone.  I can’t wait to go again!

Elena D of 8H.  It was chaos. The rush of teenagers, all excited and ready to go. The pack of parents waving off their daughters’ goodbye. The atmosphere was buzzing with excitement of the adventure soon to come. The coach ride felt like a lifetime!

In the morning, we had to get up super early for the day ahead. Huddled up in a group, we all walked with our skis to the gondola. We hopped on and glided up the mountain, not looking down at the huge drop below. When we got off, Mrs Byham came whizzing down like a pro on her skis, but we all still had to walk. As we arrived onto the slopes, we peered down at what seemed to be impossible, reluctant to go any further. We all took a leap of faith and proceeded down the slope, most of us without falling. When we turned around at the bottom, we gazed in amazement at our newest achievement.

Every morning, we had a debate about who would have to wear the silly skier hat. You had to wear this if you had a funny fall or simply just fell whilst standing up, but people had to vote for you, even some of the teachers were nominated (especially Miss Redsell).

We were all so amazed by the progress we made in those five days of skiing, at first, we were franticly moving our skis all over the place but by the end we had control over our skis and some of us were even doing parallel!

That evening, we set off back home.  We managed to get an earlier ferry then planned, which made everyone thrilled; they were going to see their families earlier than intended.  When we arrived it was complete pandemonium, everyone excited to see their parents and I’m pretty sure there was some joyful tears running down people’s faces at the sight of them. 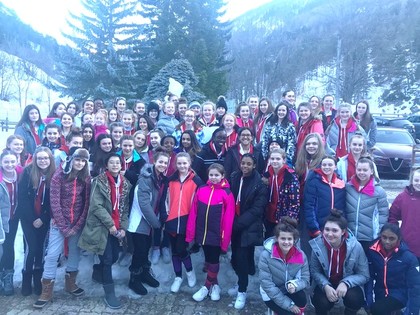 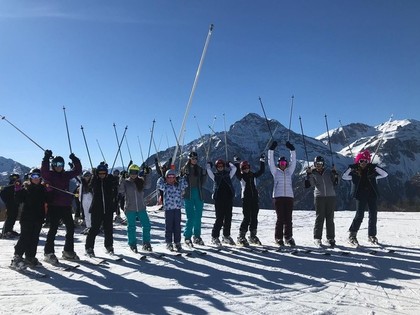 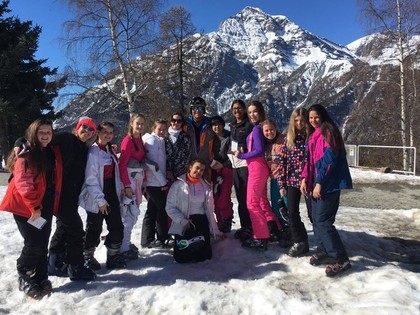 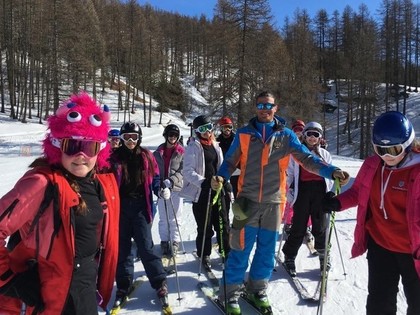 Battlefields Visit.  The History Department took Year 8 to visit The Somme in Northern France.  Students visited sites of a number of different battlefields across the area with guides to understand what life was like in the trenches and the nature of trench warfare.  At the Thiepval Memorial to the Missing, students laid a wreath and read a poem, which provided a poignant reminder of the sacrifices made by all of those at war.  It was an exceptionally long but rewarding day with students being both engaged and respectful throughout. 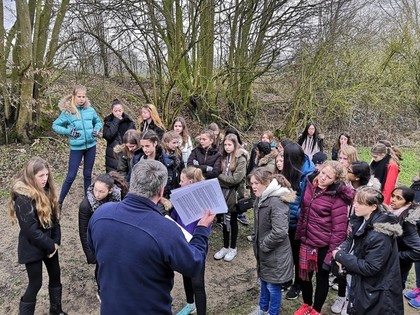 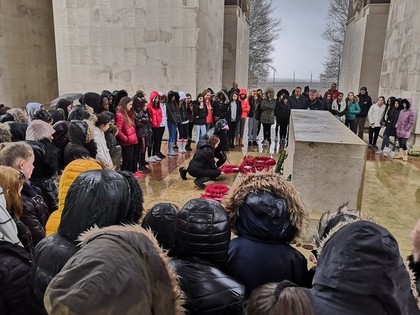 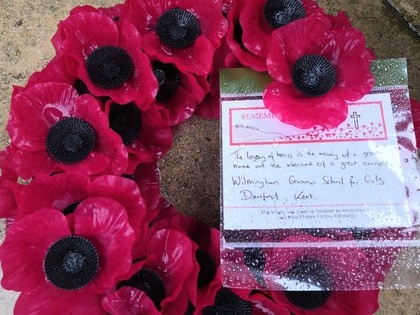 Y7 MEP students attended a Chinese intensive learning day at Dartford Grammar School for Boys. Our girls, together with the MEP students from Dartford Grammar School, Beths Grammar School and Mayfield Grammar school, had a fantastic learning day. They joined in with five well-designed Mandarin workshops, Mandarin treasure hunt, dumpling making, paper cutting, music and martial art.
Our girls showed enormous enthusiasm towards the language and its culture. They were very active demonstrating their language knowledge and skills, interacting with the students from other schools and sharing their experience of language learning.
They all agreed that they had a wonderful learning day, and that the day provided more reasons to work harder on Mandarin and its culture.

Tuesday 5th March 2019 – Year 8 Borough Netball Tournament.  We took two teams of Year 8 netballers to the Borough Rally at DSTC. Our squad is growing fast and we have had to extend training to an extra lunch time to cover both skills and game time. The team are working hard and progressing at a significant rate.  Players of the Match. Are; Players players – Jasmine and Esther and Coaches players – Cara and Tife 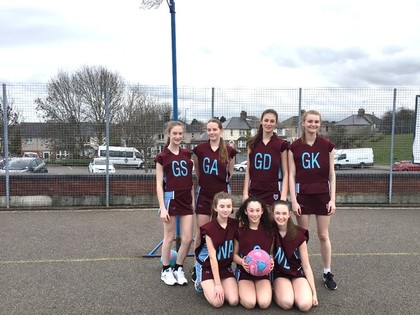 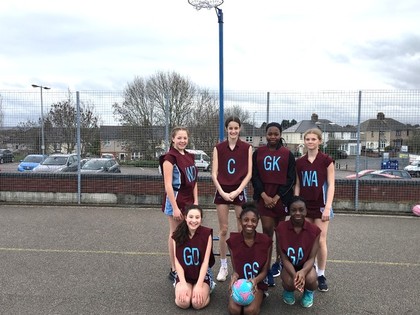 Half Full Not Empty is an organisation which provides students with the necessary resources to help maintain a positive emotional state and to encourage proactivity in building the gap between young adults and professionals, so they feel able to seek help before crisis. HFNE are delivering a series of four sessions to our WG6 students to help support them with key strategies.  Sessions include, stress management, preparing for examinations, anxiety and positive use of social media. 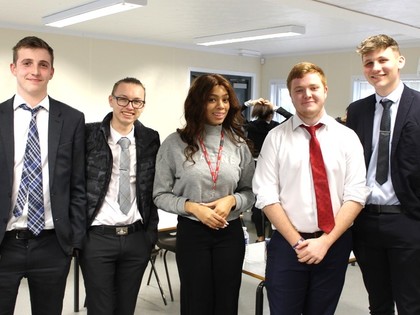 Tickets are on sale for the PFA Pamper and Shopping Evening, full details are as below.  We look forward to seeing you there for some well-deserved indulgence! 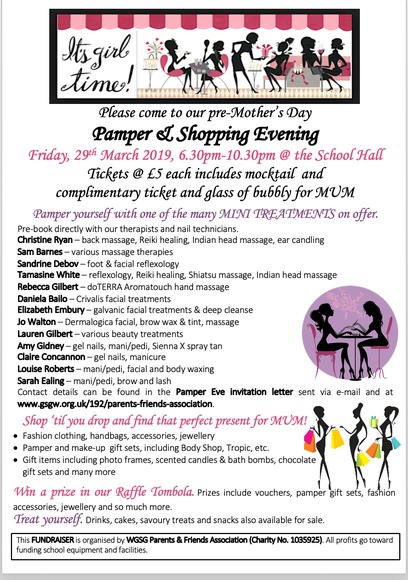 We are delighted to share the news that Eve B, with her performing arts club, Rising Stars took part in the finals of the Jack Petchey Glee Club Challenge which saw them performing at the London Palladium.  The group performed two contrasting pieces that were judged based on their vocals, presence, audience communication and overall impact. The show was sold out and judges included Tamsin Outhwaite and John Partridge. The group performed superbly and really put Rising Stars on the map as a challenging and well driven performing arts school. Congratulations to Eve and the rest of her group and we hope you enjoyed your well-deserved time in the limelight. 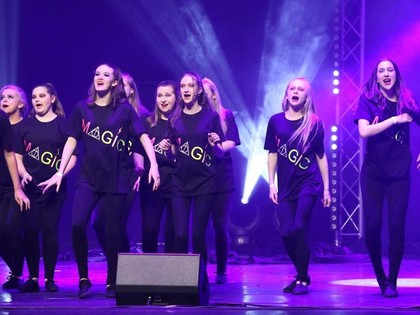