Robotics Challenge Day.  Students from Years 7 and 8 were treated to a challenge day on Friday 15th March. Lego Mindstorm - a buildable, programmable robot made from Lego – was the main focus of the day, with students learning how to program them to perform different functions.

Sam, a representative from Lego Mindstorm, demonstrated the software and capabilities of the robot. He started the day with the basic controls of the robot (making it move etc) and included a bit of background into programming and how it all started. The students found this very informative and were engaged throughout!

The middle part of the day was for students to attempt to create and program a “Follow the line” program using the Lego Mindstorm robot’s light sensors. It was a mad scramble as all teams wanted to be the first to be able to do it. One by one throughout the teams would come to the front to test their creation and one by one the students would run back to their workstations to tweak their not-quite-right code until they were satisfied with the robot's performance

The final part of the day, was the students turn to ‘wow’ Sam, Mr Green and Mr. Dawson with their own original creations. This was the part of the day that was most exciting for the students, this was their chance to shine and show what they could do. We had a wide range of ideas ranging from robotic dogs that, using sensors, followed a person and made a growling sound if touched, to a robot that took the essence of the “Big Trak” programmable robot from back in the day where you pressed directions on the actual robot to decide on the route the bot would take.  The winners of the challenge were Hiba C of 7C and Sophia W of 7H - well done girls.

A fun day was had by all and we hope that this will encourage students to continue to come to Robotics Club as there are competitions between other schools with prizes for the winners! 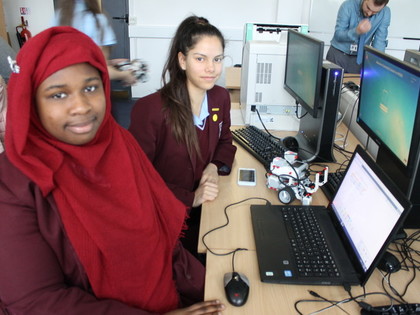 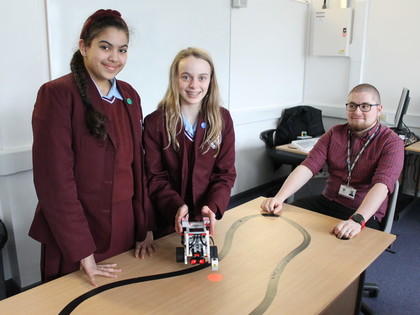 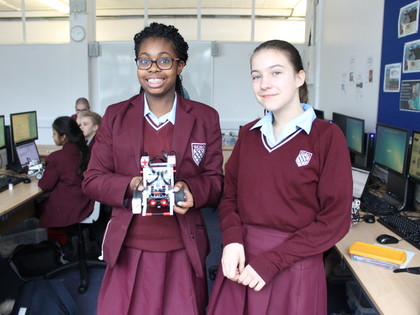 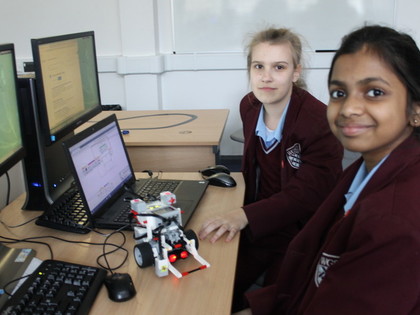 Students continued with their British Science Week lessons.  Year 7 were exploring the trends in the periodic table for Mendeleev’s period table 150th anniversary. As part of this topic Y7 Science students are currently studying metal trends.  During their investigations they are conducting practical experiments and recording their findings to measure a metal’s reactivity. 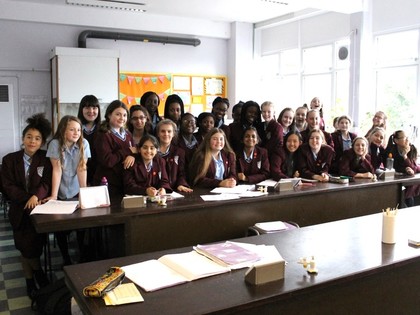 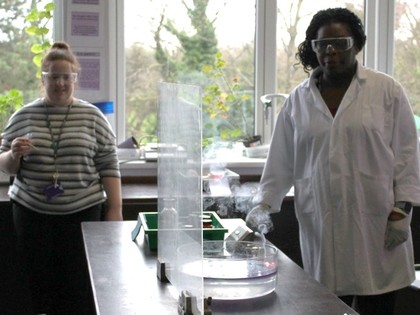 Continuing their project work from British Science Week.  Year 7 Students have been creating board games using the periodic table as inspiration. 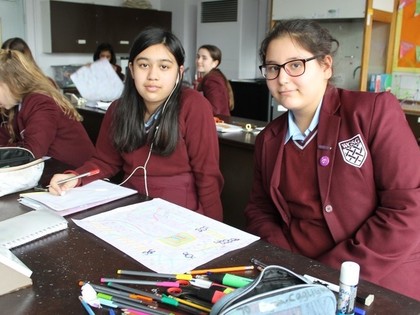 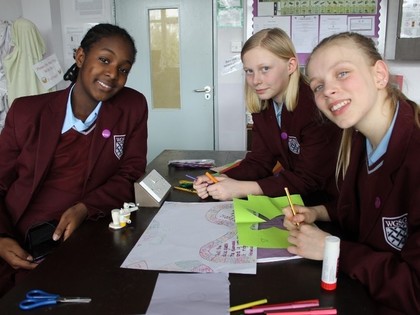 Mrs Dent welcomed representatives from Dartford Orchestra for Young People into her classroom to stage a demonstration session for students who play musical instruments.  It was a rousing session which encouraged students to listen to those around them, follow a conductor and importantly to inspire and be inspired by their fellow musicians. 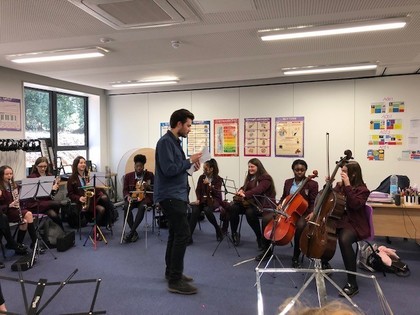 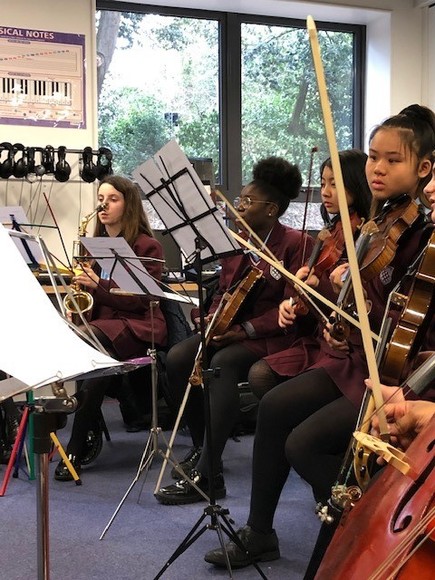 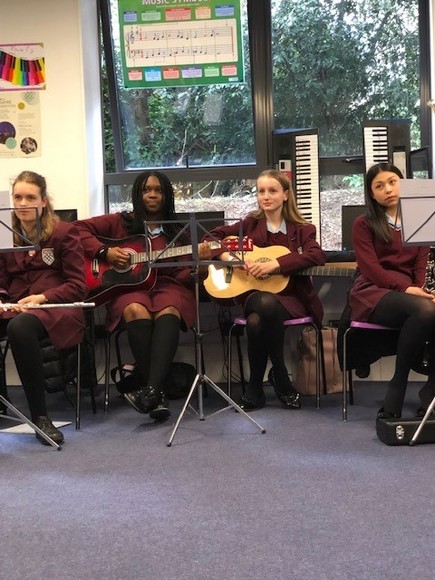 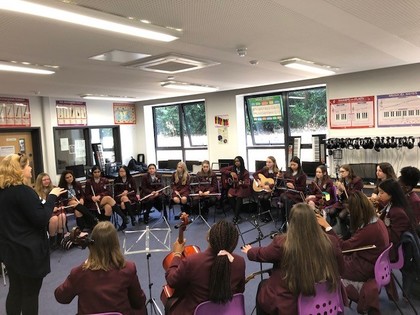 Student Alumni Alice Wenban returned to talk to our current students regarding the application process and opportunities provided by Cambridge University.  Alice is in her second year at Cambridge and is perfectly placed to understand the seemingly dizzying range of post A Level options available to our students.  With first-hand experience, Alice offered insight into interview requirements, subject overviews and university life. 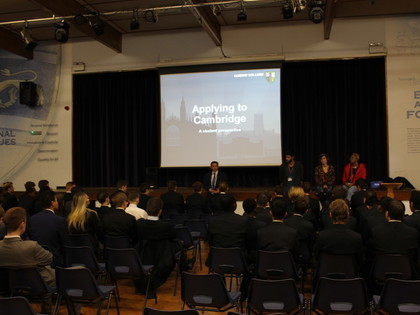 Alice is pictured second from right. 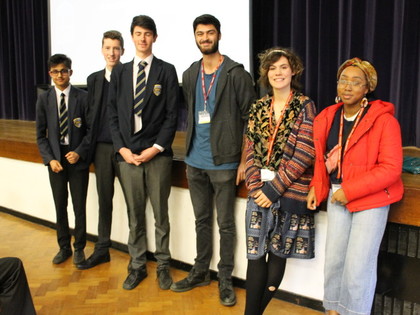 Last Friday we took all WG6 Year 12 students to Detling Showground for the UCAS Higher Education conference.  Initially we were a little bemused by the fact that our coaches were driving through wind-battered open fields on top of the North Downs.  Finally we arrived at one very large building which couldn't have been more contrasting.  Every single University and Higher Education provider from across the UK was there along with thousands of 17 year olds!  Our students enjoyed talking to universities and definitely came away with lots of ideas and fresh inspiration.  Many of our students also seemed to have a competition on who could collect the most prospectuses and any free sweets.  They will start their applications later in the summer. 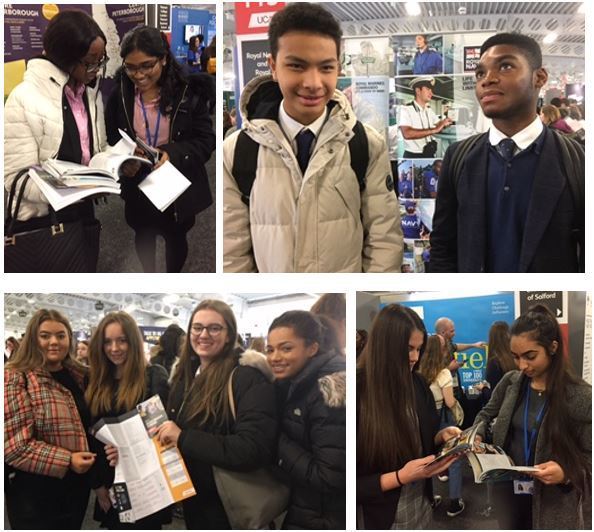 Congratulations to Jasmine F-H of 8B and Sophia B of 8O who, with the rest of their team, won their latest netball match to become the champions of the U14 Kent County Junior League.  This is an incredible achievement – well done!